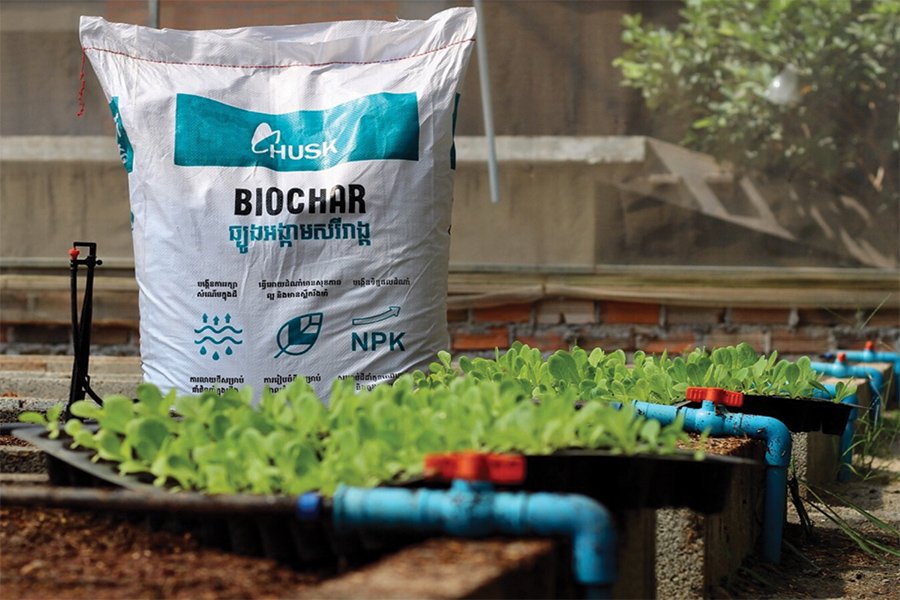 Srouy’s hands move deftly amongst the vines, her thumb and forefinger pinching each ripe bean from its stem. By the end of the month, she will have harvested some 60 kilograms of beans for sale to her local famers’ cooperative. Today, after forty years of farming, Srouy is as much the entrepreneur as farmer. Ten years ago, she was amongst the first to move away from rice harvesting to grow vegetables. This was something of an achievement in a country where a commonly heard refrain was ‘a farmer grows rice’. Perhaps, more accurately, men grow rice. Vegetables were more often grown for household consumption with the crop tended by women.

When NGOs, including SNV, began to promote for change that would improve household health and incomes, Srouy quickly saw the value in switching to horticulture and pushed her family to shift from rice to seasonal vegetable crops. “Vegetables give us a more stable, year-round, income. Rice was always just a one-off payment, and it didn’t bring in that much money.”

Again, Srouy is embracing new ideas, last year she became a HUSK ‘Super Farmer’, selling HUSK’s carbon-based fertiliser (CBF’s) and pesticides to other famers in her district of Sa’ang in Kandal province, little more than an hours’ drive from the capital Phnom Penh. Although carbon-based fertiliser use on farms may not be primarily driven by a desire to sequester carbon, Carol Ruis, co-founder and global business development manager of HUSK says that farmers are far more than conscious of the changing climate than people often give them credit for. “They are very aware of climate change because they suffer the consequences every day. They know that they need to be more climate resilient because they are the ones losing crops due to extreme weather events.”

“They are very aware of climate change because they suffer the consequences every day.”

Carol cofounded HUSK with Heloise Buckland following careers working in international trade, business development and sustainability. “Instead of advising others, we thought there was a very interesting space to do something by ourselves and build a social enterprise to support rural communities.”

In researching a product that rural communities could use, Carol and Heloise settled on one of the few commodities that can be found in abundance in rural Asian communities, biomass. Carol and Heloise decided on rice husks, of which 150 million tonnes are produced around the world each year and, although prices have been somewhat volatile, its low market value of around $2 per tonne help make it the perfect biomass source for producing biochar products at scale. 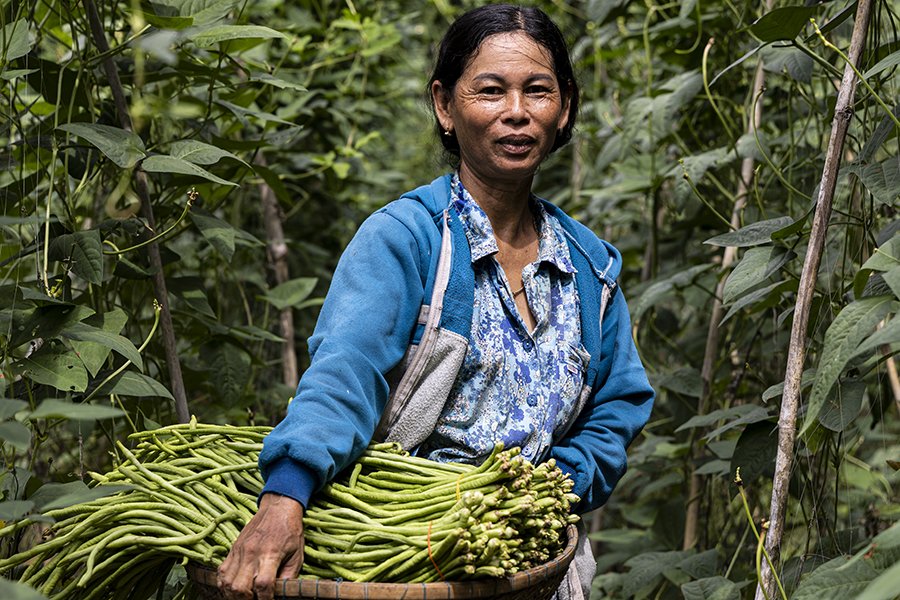 HUSK’s focus is far from purely environmental, they work hard to see that their business has a meaningful social impact. In creating their network of female super farmers, HUSK have been able to showcase their products and place sales representatives in each village. “We thought about the Super Farmer model as a way to support our distribution network”, explains Carol. “In Cambodia, distribution is very weak. It’s also an incentive for them to create a new revenue stream for their families and to feel very much engaged with the community.”

While the super farmers promote their products, HUSK provide them with a wide range of training. “We give them materials, we help with merchandising, and we follow them with mentors from our own team.” These mentors work with the super farmers to promote changes in farming practices, helping them move from chemical fertilisers to sustainable agricultural techniques. 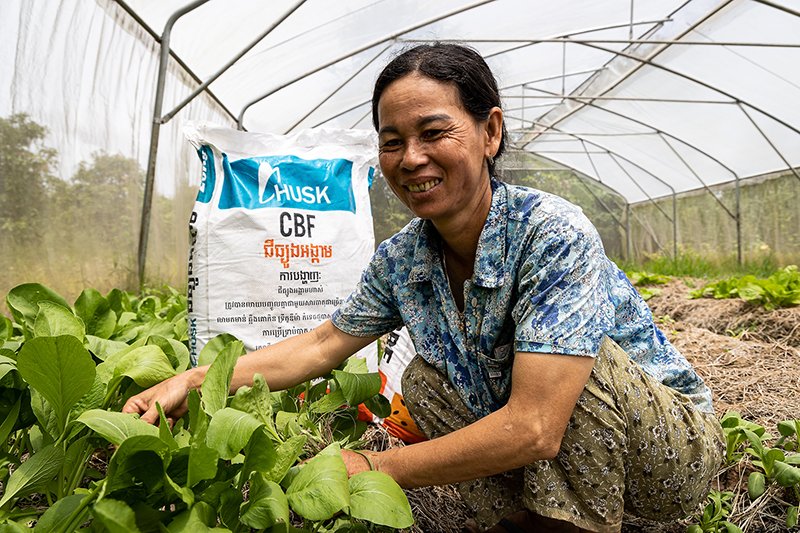 Carbon sequestration and the production of biochar has had its critics, simply for the volumes required to achieve meaningful C02 sequestration. Still, few could argue that rice husks that would otherwise be burned or discarded and left to rot and emit large amounts of methane would be put to better use as a valuable soil amendment for farmers. For thousands of years, from South America to South East Asia, biochar derived from biomass and rice husks was used to cultivate crops. Only relatively recently has the milling process became industrialised as large-scale mills, rather than smallholders themselves, taking over the process.

They process rice husks into biochar, a stable form of carbon, through pyrolysis and then formulate the biochar into organic fertilizers

To compete with the chemical fertiliser companies, HUSK knew they needed to further reduce costs by producing biochar at an industrial scale. To do this they sought support from the Innovations Against Poverty programme. Securing a grant, HUSK were able to construct and begin operation of their new biofertilizer production site next to Amru rice mill, the largest organic rice mill in Cambodia. Here they process rice husks into biochar, a stable form of carbon, through pyrolysis and then formulate the biochar into organic fertilizers.

This pyrolysis process sees husks heated in an oxygen-starved environment to up to 650°C, producing biochar that locks in the carbon from the original source of biomass. When used in agriculture biochar sees the carbon absorbed by the growing paddy fixed in the soil, where it remains in a stable state for at least 100 years according to the Intergovernmental Panel on Climate Change. Others are far more optimistic, citing remains of biochar from thousands of years ago that suggest a much longer carbon stability.

For HUSK, this locking in of the carbon is what allows them to indirectly pass on savings to farmers. “We sequester CO2, and these avoided emissions are converted into carbon credits that are then sold on international markets. This allows us to reduce the cost of our product to make them affordable for smallholder farmers. It’s these biochar carbon credits savings that are passed on to farmers in the reduced cost of the carbon-based fertilizer,” says Carol. 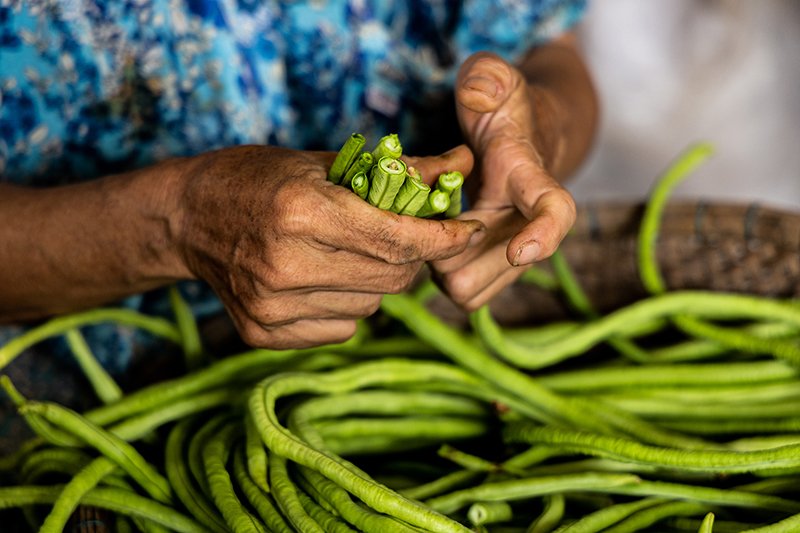 For the smallholder farmers who grow 80% of the world’s food, Carol explains. “Biochar is a highly porous carbon-rich material making it perfect for improving fertilizer efficiency. It’s like a sponge and when the farmers put this back in the soil it creates a breeding ground for microbes, improving the soil’s microbiology.” Biochar’s porous structure also allows for greater water retention, helping farmers produce better crops with less water and chemical fertilisers even during the usually low-yielding dry season.

This is especially important for degraded soil says Carol. “Soil is the main asset of a farmer and it’s been depleted, overworked for decades due to poor practices that never really considered the soils’ long term viability. If you have poor sandy or clay soil, you won’t have great plants because it lacks the oxygen essential for encouraging microbiological life.  Our products improve soil structure and boost soil microbiology.”

Despite it being difficult for HUSK to compete at scale in the European market, they have the acclaim of being the first company operating outside of Europe to have been certified with the European Biochar Certificate C Sink, making them a flagship company for climate mitigation as well as social impact in Asia. With continuing support from IAP, Carol hopes that industrialising the process will help further reduce costs.

For now, whilst all these factors see farmers adopting more sustainable agriculture practices, for Srouy and her fellow farmers, it’s simply a matter of improved yields and improved crop quality. “Whenever they try the HUSK products, they always come back.” She says of her customers. Adding, as she snaps one of her green beans and takes a bite to check its quality. “Everyone tells me their crops have a much better colour and flavour, and they all say the vegetables are a lot crisper.”

Previous Article
Back to Articles

By continuing to use the site, you agree to the use of cookies. more information